UNDERSTANDING ABORTION STIGMA
Abortion stigma can be defined as negative attribute ascribed to women who seek to terminate a pregnancy that marks them, internally or externally, as inferior to ideals of woman hood.
Abortion stigma is a critical issues these days and sensitive issues for so many girls. Abortion is often not something that is expected …how ever; the stigma is so strong that some girls are often forced to turn away from their dreams.

REASONS FOR ABORTION
Unplanned pregnancy, impossible to negotiate future, financial instability, relationship problems
These are some of the reasons youths do engage in abortion but regardless of these reasons, societal views and perceptions about abortion has cease to change, we are quick to judge, not considering the circumstances surrounding the person’s actions or the challenges they will face when the child is born or being forced into an unplanned marriage .
Youths have paid for abortion by suffering lifelong social boycotts, Isolation, ostrcization, humiliation, patronizing attitude as well as forced marriages,
Abortion stigma begins the moment one realized she is pregnant and perhaps not ready to nurture the child or not ready for parental hood.
Abortion related stigma has been identified as one of the key drivers in silencing young people ability to reproductive health and right choice leading to seeking to an unsafe abortion among youths.
Girls whom are suspected of an abortion , the society subject them to ridicule, , they are labeled as killers , some families will restrict their girl child from associating with such persons , where they are seen as a bad influence to other girls in the environment , they are considered poor candidate for marriage ,while some abortion can be used as blackmail , where the abuser maintains an abusive control by threatening to betray the girls secret by sharing truth with families and friends .
These days, the stigma surrounding abortion don’t even allow girls to relate with their parents or guardians when they get pregnant, all because of the perception and situation regarding abortion of some parents, which all these and many more drives the girl child to having an unsafe abortion, applying traditional methods like potash and dry gin, lemon and dry gin ,alligator pepper mixed with Ghana pepper and dry gin to mention but a few, knowing how harmful these concoctions can be in the sexual reproductive organs .
Parents /guardians should realize that unwanted pregnancy can destroy the future of a girl child if not planned out, even the boy, at some point the boy have to start acting as a father where he is expected to provide the needs of both the mother and the child when there’s no means of income, then he have to drop out  from school at early stage, start experiencing suffering , dreams cut short ,depression sets in and at this point might lead to stealing and he is tagged an ‘’Armed robber’’.
Parents depriving the youth from negotiating their sexual reproductive health and right choice, not being able to negotiate their future with them can cause harm psychologically, physically and financially in the future.
Parents shouldn’t force the youths into unplanned marriage all because of unwanted pregnancy, rather in such case abortion should be initiated.
Parents should understand the word ‘’sex ‘’( sexual intercourse) is an inevitable act among youths which result to unwanted pregnancy due to unprotected sexual act , though sex education is to be assured for every child age 5-18 , parents should always learn how to initiate condoms to their children when there’s no control over sexual urge .parents should understands that unwanted pregnancy doesn’t actually proves that the girl child is an irresponsible child but at that point abortion should be encouraged in order to save the life of the child and also protect their future .
My abortion, my life works toward a world without stigma, if only women who have had abortion can kick against abortion stigma, the cycle of silence and shame would be broken.

A RESEARCH CONDUCTED BY GWIHR ON SEX WORKERS LEVEL OF EDUCATION IN RIVERS NIGERIA .

ACHIEVING A REDUCTION IN HIV PREVALENCE AMONG SEX WORKERS THROUGH LITERACY PROGRAM TO ACTUALIZE 90 90 90 GLOBAL GOAL BY THE YEAR 2030.

Background
Sex work is a profession embraced and practiced by women and girls from different social and academic strata of the society.
A critical observation of the lack of academic knowledge which have hampered the level of understanding of sex workers most especially the brothel based which have a very large population of illiterate and semi-literate women and girls. The 2014 Integrated Biological And Behavioral Surveillance survey (IBBSS) under Federal Ministry Of Health Nigeria state that 6.3% of Brothel Based FSW’s never attended school, 20.5 attended Primary Education, 67.0 secondary school then 6.2 tertiary Education. It is widely acknowledged that education empowers, provides choice and gives a voice to an individual. Education provides a foundation to self development for individuals who are disadvantaged by creating choices and as well build their self confidence and self reliance. Individuals who have acquired formal education are at a vantage position to be able to read and understand information materials on Human Rights and HIV prevention methods which translates to lower risk of contracting HIV and other sexually transmitted infections.
In retrospect, the dire consequences of illiteracy among sex workers have spurred GWIHR to conceptualize and embark on a literacy campaign as a targeted intervention to bequeath some level of education to FSW’s for effective HIV prevention programming.

Method
A cross sectional survey on purposely selected 400 sex workers aged 16 – 30 was conducted in 7 L.G.A in Rivers state namely phalga, obioakpo,etche ,Ahoda,Oyibo,Eleme and Onne to measure their level of literacy. Data was collected using questionnaire administration techniques. Mean number of years for which they had been in sex work was 2 years.

Result
The level of literacy after analyzing the responses to the administered questionnaire revealed that out of 400 sex workers that responded, 74 sex workers does not have any educational background , 192 sex workers between the age 16-25 stopped at primary 5/6 , 117 are secondary school dropout , 10 FSW’s are university drop out and 7 sex workers complete graduate .

Conclusion
Sex workers having an educational background will go a long way in reducing the rate of violations of their human rights, sexual risk among them and their client; it will also increase and improve their knowledge on negotiation skills, proper use of condom, HIV modes of transmission and prevention. It will also place them on a pedestal to assimilate and absorb capacity building/strengthening training and others that will help sex workers become agent of their own change. 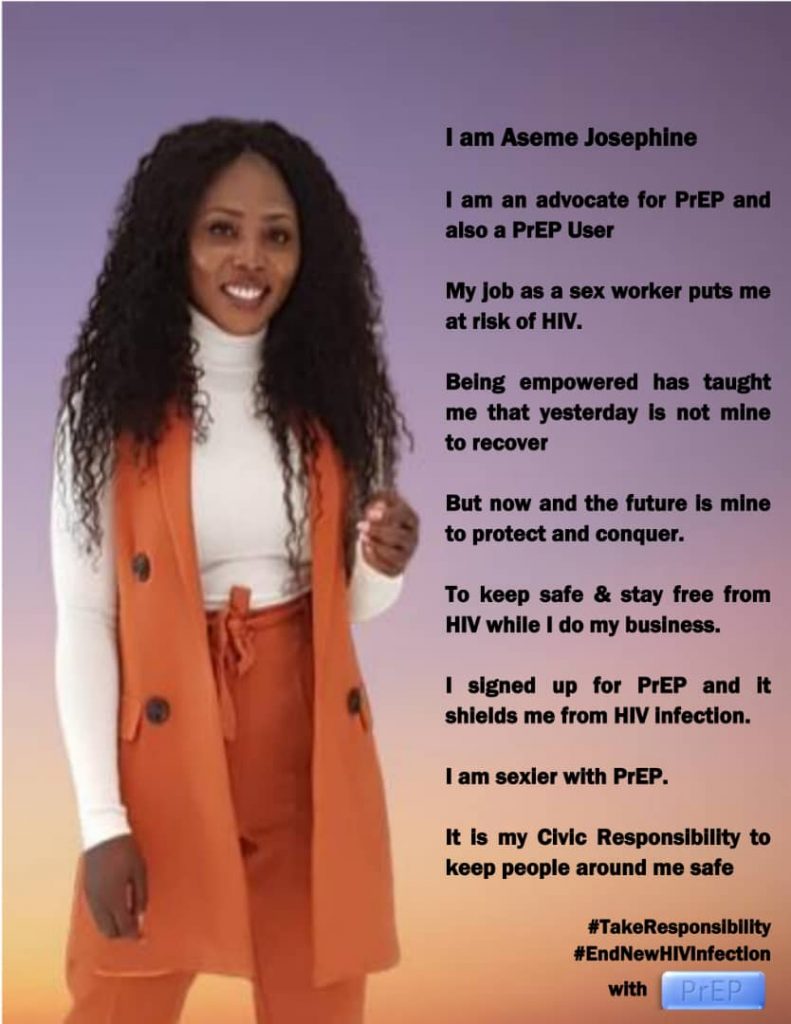